My uncle had Alzheimers.

Waaaay back then it wasn’t called Alzheimers or dementia. We brushed it off as him just being silly. He would call up his brother-in-law and talk about past events as if it happened yesterday. I remember once he took a night bus to another state, but due to a comedy of errors he ended up back home. At the bus station, he called my aunt and said, “Wow, this town is totally like home! You should see it! Look, it even has the same coffee shop!” It took him a run-in with a friend to realise where he was, and it became a story we’d laugh over during family reunions.

My dad headed to Terengganu for the funeral (aunt was my dad’s sister). In the church, my dad saw my uncle sitting near the coffin, looking so sad and forlorn. Dad sat next to him, thinking the old chap (he was 70+ then) needed a shoulder and an ear.

Uncle: It’s so sad, she’s gone, and I didn’t have the chance to say goodbye!
Dad: *nodnod*
Uncle: She was always so kind, and gentle, and she treated us all fairly!
Dad: … (I don’t know if we’re talking about my sister anymore, but okay)
Uncle: And even though I wasn’t her real son, she raised me like her own!
Dad: ………what.

It dawned on my dad that my uncle thought he was attending his adopted mother’s funeral (she’d died years ago).

My uncle didn’t realise his wife was dead and he was at her funeral.

I don’t think he ever did.

His dementia snowballed very quickly into Alzheimers. His kids brought him back to Selangor so they could take care of him, but he was slipping. Once he vanished from the nursing home and ended up 10 kilometers away in town, standing in front of a shop. The shopkeeper called my cousin, and it broke my dad’s heart to see his brother-in-law not recognise his own daughter. Over the years his kids still brought him out for Sunday breakfast and family dinners, but he’d sit quietly, probably wondering why these nice people kept taking him out.

The last words he spoke to me were, “You’ve grown so much since I last saw you!”

I wonder which era was he stuck in; I never found out.

My uncle passed on last year.

The difference between my uncle and Terry Pratchett was that Mr Pratchett knew what was coming. Knowing that his memories will disappear, rushing against time to write one last book because his body will say ‘ok that’s it’ and poof that’s all folks, it probably hurt a lot. My uncle didn’t know what hit him, and perhaps that was a blessing.

Alzheimers always sounds heart-wrenching – the stories are always about old people forgetting things, and the children are left to watch helplessly as their parents slip backwards into a mental time portal until the tunnel hits the beginning. But ultimately it’s always someone else’s story, and we are merely sympathetic bystanders. If we didn’t experience it we write about a simulated pain, close to the real thing, but not quite the same.

I wasn’t very close to my uncle, but my dad lost a brother-figure, and my cousins lost their dad.

I hope I never will. 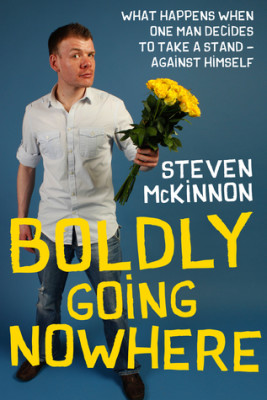