Skip to content
Memories are important.
Like stories and music and just about everything else, they’re important because of the emotional attachment we apply to them. Hey, what’s your favourite song? Have you and your husband or your girlfriend ever heard a tune on the radio and said: “Hey! That’s our song!” before being swept up in a torrent of fond memories and musings and best-forgotten dance moves? Does knowing it’s someone else favourite song or that it ‘belongs’ to a million other couples make it any less unique or special to you?
Nope.
Because the memories conjured by the melodies and the lyrics are yours and yours alone, and that’s what separates it from every other song out there.
Terry Pratchett knew that Death was coming for him. He knew that he was in the grip of Alzheimer’s and he tackled it with the strength, nobility and humour that he lived the rest of his life by. It was just another thing. He didn’t let it define him.
I wanted to contribute to this anthology because Sir Terry is my favourite writer. I mean, this is the man who created all my favourite characters this side of Batman!
I never knew Terry but — like songs — I knew his characters in a way that no-one else could because I saw parts of myself in them (and not always the good bits). Commander Vimes, Rincewind, Granny Weatherwax, William de Worde… They may all exist in a fantasy land in some distant corner of the multiverse, but anyone who’s ever read the stories in which these characters (and hundreds more) appear will have glimpsed some facet of themselves within them, even though they were born from a single imagination.
Terry Pratchett showed us the real world through a fantastical prism that made the good parts beautiful and the ugly parts seem easy to fix, more often than not making us laugh while doing so. These are just a couple of his greatest strengths as a writer, and as a human.
My gran suffers from dementia. For more than a decade I’ve watched her mind decline and slip and slide. It’s not an easy thing to witness, because in this case, it has come to define her. And yet, I’ll always remember the woman she was before this cruel disease gripped her. I’ll remember her sweeping onto a bus every Sunday morning on her way to church and chatting to people that would ignore her any other day of the week (smiling afterwards with an astute observation that “There’s a big difference between Christianity and Churchianity”, a caveat which I think Sir Terry would raise a wry smile to). I’ll remember her stories about growing up in a post-war Glasgow that I’ll never get to know. I’ll remember how she taught me not to cry whenever I’d fall and scrape my knees simply by forcing myself to think about something else. But most of all I’ll remember her baking, and how she’d accidentally-on-purpose slice too many apples for her apple tart and slip the surplus to me, dusted with sugar, so it wouldn’t go to waste. (To this day I’ve kept my promise not to tell my mum about that. I hope I can trust you with this information.)
These days I blush when she has one of her less lucid moments, looks at me and says: “You’re a fine young man. If I was your age I’d fancy you”. Cheers Gran. Even now, your words and wisdom never fail to provide an ego boost.
The strength of memories also, tragically, hit my family even closer to home earlier this year.
In February, my dad passed away a few weeks after suffering a stroke. He didn’t wake up after it, but he wasn’t in any pain during his last days, and I think he knew he was surrounded by family. I take comfort knowing this, and in the wealth of memories I have of him. I take comfort in knowing that I can listen to his karaoke recordings of Elvis and Billy Fury songs whenever I want (and he sang their songs better than they did). I take comfort in seeing him within the photo frames where he sits grinning at us, and in the many memories of his unflinching enthusiasm every time he bought a Lotto ticket (“We’ll win it next week, wait and see”) and a million other things.
When a friend and mutual Discworld enthusiast told me about this anthology and its theme, I knew I had to write something, for myself if nothing else. I wanted to analyse why we place so much significance in memories and what that importance means in the social media age, where we constantly fret over how mega corporations use our private data yet think nothing of publicly sharing our thoughts and photos — our memories — for the world to see. Are they still important if they’re disposable? Do they carry the same weight when we scroll through a conveyor of similar thoughts and feelings from other people every day?
Well, that depends on you.

And that brings me to a close, to offer humble thanks for being included in a body of work born from the love and respect for a great writer and amazing human being — to The Vividarium, which is for my dad, my gran, and the memory of Sir Terry Pratchett, if I can be so bold to hope that they would’ve liked it.

Thanks for the memories, and the stories that go with them.

Steven is an independent writer living, eating and just about breathing in Glasgow. He is the author of Boldly Going Nowhere, in which he tells the story of how he broke free from the suffocating rut he was in. When not writing deeply personal stories about his private life and showing them to the world, Steven will either be eating cake, listening to Iron Maiden, or filling his brain with pointless Buffy and Battlestar Galactica trivia. He completed two courses of Creative Writing at the University of Glasgow in 2010, and completed an HNC in Professional Writing Skills at Reid Kerr College in 2006. He is 29, and was born in the bathroom of a high-rise flat in Glasgow on the 18th of March 1986. He has since moved out.

View all of Steven McKinnon's posts. 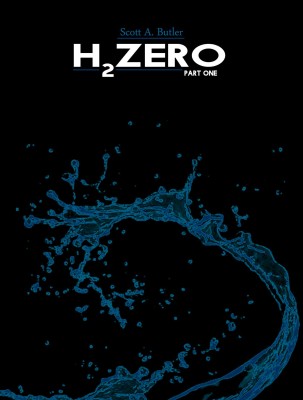 In the 21st century, the human race is on the brink of extinction. An event known as the Black Incident has reshaped the world as we know it.
Civilisation has fallen into absolute chaos. Food is heavily rationed. Clean water is now more valuable than diamonds.