Nearly a year after the whole process began, I’m finally getting around to starting the ‘lessons learned’ series for the anthology.  This is going to talk about what the process of the book’s creation actually involved, as well as the things we’ve learned work (and don’t work!) insofar as putting together an indie anthology go.  It was certainly an interesting experience, as I’m sure Sorin will agree!  Of course, ‘lesson learned’ number one is that putting an anthology together in six months is a somewhat ambitious goal.  Don’t do that.  Don’t ever do that.  😀

This part of the series will talk about the call for submissions and selection process we used.  It might be interesting for those who wrote to us, for people who are submitting to other anthologies, and for would-be indie anthologists.  And if ‘anthologists’ isn’t a word, it damn well should be!

Firstly, for those who don’t know, Sorin and I were both editors for the anthology.  We both did things fairly equally the whole way through–I did more of the ‘wordsy’ stuff, and Sorin did the ‘picturey’ and ‘markety’ stuff, i.e. paying for the cover, ads on Facebook and so on.

The Call for Submissions

So far, so good–the range of author biographies in particular was really interesting, as people came from all corners of the world and all walks of life.  The synopses were also excellent–a couple of ideas came up more than once, and a few synopses had nothing at all to do with the theme, but otherwise they were diverse.

As to what we wanted for the final piece, well:

We mainly looked for humorous writing, though if there was a piece that we just couldn’t live without, or which we thought would be a good fit despite its lack of overt humour, then that was short-listed.

One of the things we should have asked for was an estimated word count for the proposed piece, and so we had to email all short-listed parties to ask them what this would be.  This came into planning the book itself–we set a broad range of 80-120k words, and could select only as many pieces as would fit within this range.  This ended up being 21 authors, which were later reduced to 17.

We received several hundred submissions despite a very short turnaround between posting the call for submissions and requiring the actual submission.  (I’m not editing now, so word repetition is allowed.  That’s how it works, right?  Right?!)  We each read through every submission multiple times, and gave it a star rating.  If one of us gave a story a 5-star rating, then it was immediately short-listed.  Pieces with a 3-star rating or below from either of us ended up being rejected before reaching the short-list.

There were a couple of places in which people’s submissions let them down, other than occasionally via an irrelevant synopsis as mentioned above (for example, explaining that you only write Farscape fanfiction).  This was almost entirely in terms of the writing sample.  For starters, a few people sent us entire books, blog posts, or poems.  In these cases, if the writing was good, we emailed the submitter and asked them to send us something else–because one thing we should have possibly done was say that the writing sample should be in the style the person would be using for the anthology.  A number of people sent us work in a very serious tone and promised that the piece they would write for the anthology would be hilarious–but we had no way to know that they could actually write in such a style.  We did get a few snippety responses relating to this matter, but as I said above, if someone’s writing was strong despite the odd choice of style for the writing sample, then we asked them to send in something else.

I’d like to add at this point that we did have entries from a number of people who are/were presumably dyslexic, but this in no way affected our opinion of their piece–spelling etc can be tidied up, but a less-than-compelling idea can’t be.

One thing we did with submissions was respond to every single person.  Upon receipt of a submission we’d send an email confirming receipt and outlining the process from there; upon short-listing we let people know that that was the case; and in case of rejection, we sent individual personalised emails to each person, saying why exactly they weren’t chosen on that occasion.  As you can imagine, the bulk of submissions came from unpublished writers who just wanted to give because of their love for Terry Pratchett, and we wanted to encourage them in their writing and show them areas in which to improve–plus we wanted to be transparent about the selection process.

There were some trends in terms of why we rejected people, and these are as follows:

As you can see, reasons for rejection included non-engaging writing/poor samples, pieces which were not a good fit, and cases where the person did not address what we were looking for.  The latter is like applying for a job as an astrophysicist by explaining your mad juggling skills.  Uh.  Just like that.  In either event, it would have helped the person’s submission had they responded to what we were asking for as per the submission guidelines.

Overall we received a huge number of excellent pieces, and we initially whittled this down to 21 authors.  But more on that next time!

The next pieces in this series will talk about the formatting, the peer review process, editing, and use of social media in collaborating. 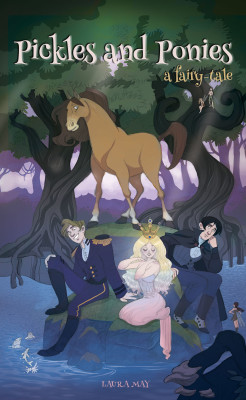